HOLINESS UNTO THE LORD by Pastor George Burkinshaw

1 Peter 1:13-16 "Wherefore gird up the loins of your mind, be ye sober, and hope to the end for the grace that is brought unto you at the revelation of Jesus Christ. As obedient children, not fashioning yourselves according to the former lust in your ignorance: But as he which hath called you is holy, so be ye holy in all manner of conversation; Because it is written, Be ye holy; for I am holy."

The word of God declares from cover to cover that the architect of the universe is in his nature holy and undefiled. Yet, I believe that this message and revelation of scripture is a lost message today; which is a revelation not received by those that profess to be Christians. The reasons are too numerous to list nor does the author feel it is necessary to consider them. What is necessary is to revive the truth of God's holiness to a hell bound and lost generation.

The holy God of the sacred scriptures, is and always has been, separate and exalted above all moral sin. Isaiah 55:1-9 tells us that God's ways are not our ways and his thoughts are not our thoughts. The clear and unmistakable message from the Divine Creator is, "let the wicked forsake his way and the unrighteous man his thoughts." Then and only then will he who is holy find a willingness to forgive. God's forgiveness is and always will be contingent upon repentance. The modern theology portraying God as a back alley gutter friend to immoral deviants is as foreign to the sacred scriptures as Hell is to Heaven. Habakkuk 1:12-13 clearly defines God's holiness in his willingness to judge men and establish them for correction. Now if God were not holy and separate from his creation, he himself would be guilty of the sin of hypocrisy and not fit to rule his creation nor the lives of men.

Holiness therefore, is the nature of God, and must be accepted and understood by those who would know him, and by the who will judge and hold all men responsible for every action and crime. As light is the essence of the sun, so holiness is the essence of God. Therefore, those who wish to serve and to please God must learn and practice holiness. "For thus saith the high and lofty One that inhabited eternity, whose name is Holy: I dwell in the high and Holy place, with him also that is of a contrite and humble spirit, to revive the spirit of the humble, and to revive the heart of the contrite ones." Isaiah 57:15

Since God requires us to be holy, what then is Holiness? Holiness is not the repugnant, boring, false ritual of negative piety. Neither is true holiness a super spirituality or use of pious platitudes. Holiness is not being aloft or acting cold and austere. Holiness has never been the claiming of super spectacular, a crying statue or a nine hundred foot demon speaking to you on fund raising; these have nothing to do with truth and righteousness. In God's word, Holiness is simply moral wholeness as drawn in contrast to immorality in Galations 5: 22-25 - "Now the works of the flesh are manifest, which are these; adultery, fornication, uncleanness, lasciviousness, idolatry, witchcraft, hatred, variance, emulations, wrath, strife, seditions, heresies; envying, murders, drunkenness, reveling, and such like: of the which I tell you before, as I have also told you in times past, that they which do such things shall NOT INHERIT THE KINGDOM OF GOD. But the fruit of the spirit is love, joy, peace, longsuffering, gentleness, goodness, faith, meekness, temperance: Against such there is no law." 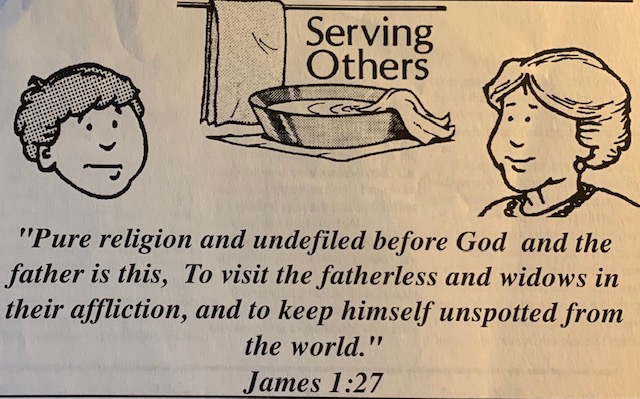 Might I submit to you that the holiness of God is demonstrated in his slaying of Nadab and Abihu, the sons of Aaron the high priest, when they refused to obey the commandments of the Lord and offered strange fire to a holy God. Lev 10:1-3. This act of judgement by God is set as a stern warning to all Christian ministers that God's holiness will not tolerate willful disobedience of his servants, that have been given the privilege to exercise a holy office in his name. Personally, I find little apprehension to state that, most likely, over ninety percent of the practicing clergy today are in grave danger of judgement.

The holiness of God is also demonstrated to and for his people in the destruction of Korah and Abiram for their rebellion against divine authority in Numbers 16:1-35. Many a loyal and faithful minister of Jesus Christ has found the ministry of the Gospel to become an ever greater burden in the face of fierce and rebellious self-willed Christians. Please read the command of Hebrews 13:17- for every man's day of judgement is less than his lifetime away!

Again, God's holiness is demonstrated by his slaying of Ananias and Sapphire when they lied to the Holy Ghost. Their sin was attempting to pass themselves off as something they were not, sacrificial Christians obediently following God (Acts 5:1-11). For the super-spiritual and pious brethren reading this, simply put, they were religious phonies!

Do we hear a cheer from the unchurched, the atheist, the greater mass of American heathens? In Acts chapter 12:20-25, God slew Herod because he refused to give God the glory for his ability.Unbelievers would do well to read carefully Deuteronomy 32:39-41 and Deuteronomy 8:18. There the unbeliever and atheist will find the source of his existence. Truly the holiness of God is manifested from cover to cover in God's word, leaving little doubt even to the unregenerate mind.

Still, if there is any doubt left as to God's holiness, let me bring the unbelieving soul before Calvary. In Luke 23:40-47, God's holiness is demonstrated once and for all in the judgement of his only beloved son as he bears the judgement of sin for all the world. Look into the middle of verse 40: "Dost tour not fear God, seeing thou art in the same condemnation?".

Friend, the scriptures are very clear in teaching us that our God is a Holy God, and he expects his creation to holy like he is. Today there are some areas in our lives that desperately need the attention of God's holiness. May I submit that the real and only true answer and cure to divorce is holiness in marraige. We need some holiness with the opposite sex, for holiness and holiness along is the only cure for rape, molestation, adultery, and all forms of rampant immorality. More than ever before we need holiness with our children; that is the answer to child abuse and neglect. We need holiness in our thoughts and our speech.

May I also submit to you that the problem with America today is not humanism in the public schools but heathenism in the pulpits of America. Further, I would submit to you that the problem in our churches in not government interference but the infiltration of sin, corruption, immorality and the impurity of God's people in God's house! If you would really like to do something about this problem in your life, you must first come to God with the correct sacrifice. Acts 4:12 "Neither is there salvation in any other: for there is none other name under heaven given among men, whereby we must be saved." "For there is one God and one mediator between God and men, the Man Christ Jesus." 1Timothy 2:5

ADVANCED SCIENTIFIC REVELATIONS PROVING THE KING JAMES BIBLE IS THE WORD OF GOD!

IN YOUR FACE: The real problem in America is YOU !! by Pastor George Burkinshaw